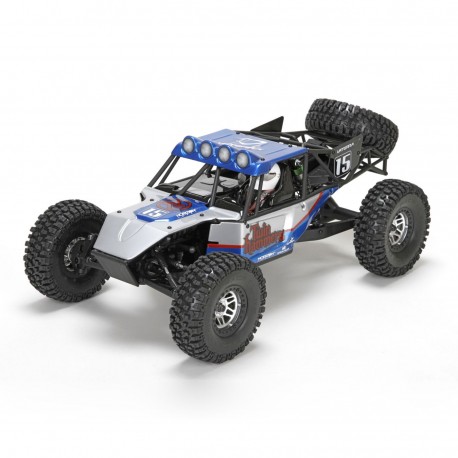 Every year, hundreds of rock racers descend on California's Johnson Valley to take on the world's most grueling trails. The two toughest trails, the Jackhammer and Sledgehammer, are called the Twin Hammers. They're known as the place where legends are made.

Now you too can rock crawl and race across the desert with a single vehicle. The Twin Hammers™ rock racer lets you take on the rocks and speed across the terrain without skipping a beat. Based on a full-scale rock racer, this truck looks and performs just like the real thing. Your next adventure is waiting. And it starts with the Twin Hammers.

Every year, hundreds of rock racers descend on California’s Johnson Valley to take on the world’s most grueling trails. The two toughest trails, the Jackhammer and Sledgehammer, are known as the Twin Hammers. Now you too can take on any terrain with the Twin Hammers rock racer. This 1/10-scale recreation is based on a full-scale rock racer and engineered to look, and perform, just like the real thing.

Rugged 4WD Chassis with Long-Travel Suspension
The Twin Hammers® chassis has long-travel suspension with a solid rear axle, just like many full-scale rock racers. This gives you all the footing you need when crawling through rock-filled ravines or blasting across the flats.

4-Link Suspension
A single solid axle with rear shocks mounted on the trailing arms gives the Twin Hammers™ rock racer a scale look that is simply unmatched in RC. It also lets you crawl or go on high speed runs when you want, where you want. 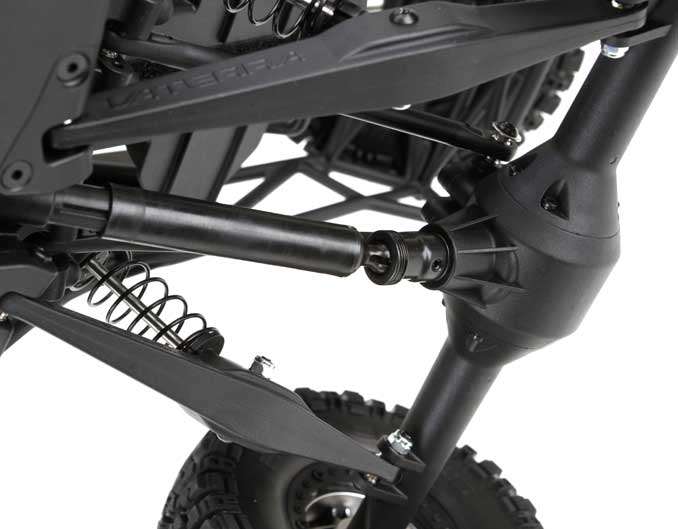 Shift on the Fly
Go from crawling to high speeds at the push of a button without stopping. You can easily shift the two-speed gearbox into low range to tackle treacherous rocks and then shift into high range to blast across rough terrain. The control is yours. 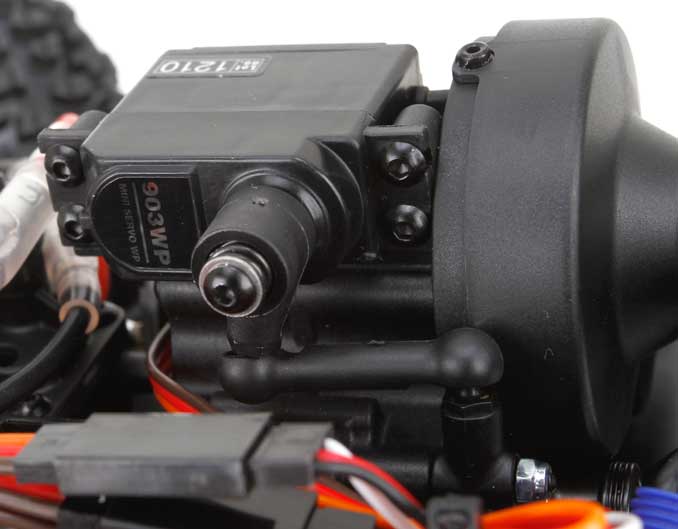 Two-Speed Transmission
The shift-on-the-fly, two-speed transmission lets you take better advantage of the 4WD on different types of terrain. Drop it into low gear when you have to crawl over a pile of rocks and then shift back into high when you reach the other side. It’s almost like having two off-road vehicles in one.

Waterproof Electronics
A waterproof receiver, speed control and steering servo let you drive in the real world, where things get wet and the weather is often less than perfect. 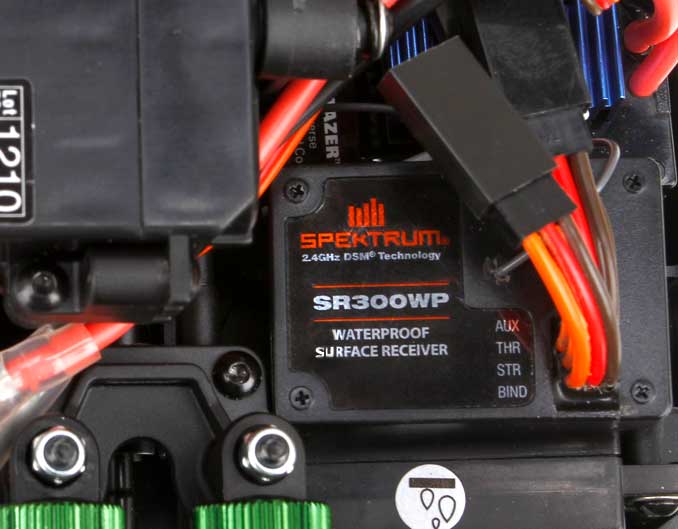 Beadlook Wheels & Tires
Tackle the terrain in style. The Twin Hammers comes with five fully functional, realistic scale wheels and tires that look just like those on full-size trucks. 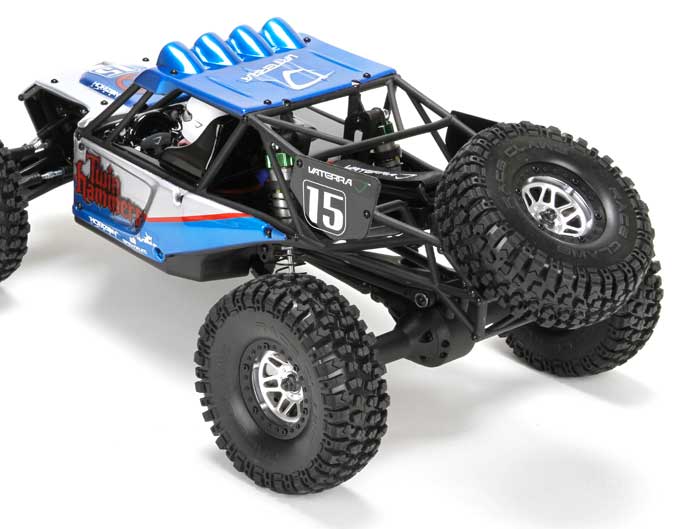 Includes a Spektrum™ DX4C Computer Transmitter
An incredibly capable off-road machine deserves an equally capable transmitter. The Spektrum DX4C is just such a transmitter. In addition to 20-model memory and the unbeatable signal security of DSMR™ 2.4GHz technology, it gives you advanced software that includes programming for AVC® (Active Vehicle Control™) receivers. The best part? You get all these extras for the same price you would if a standard transmitter had been included.